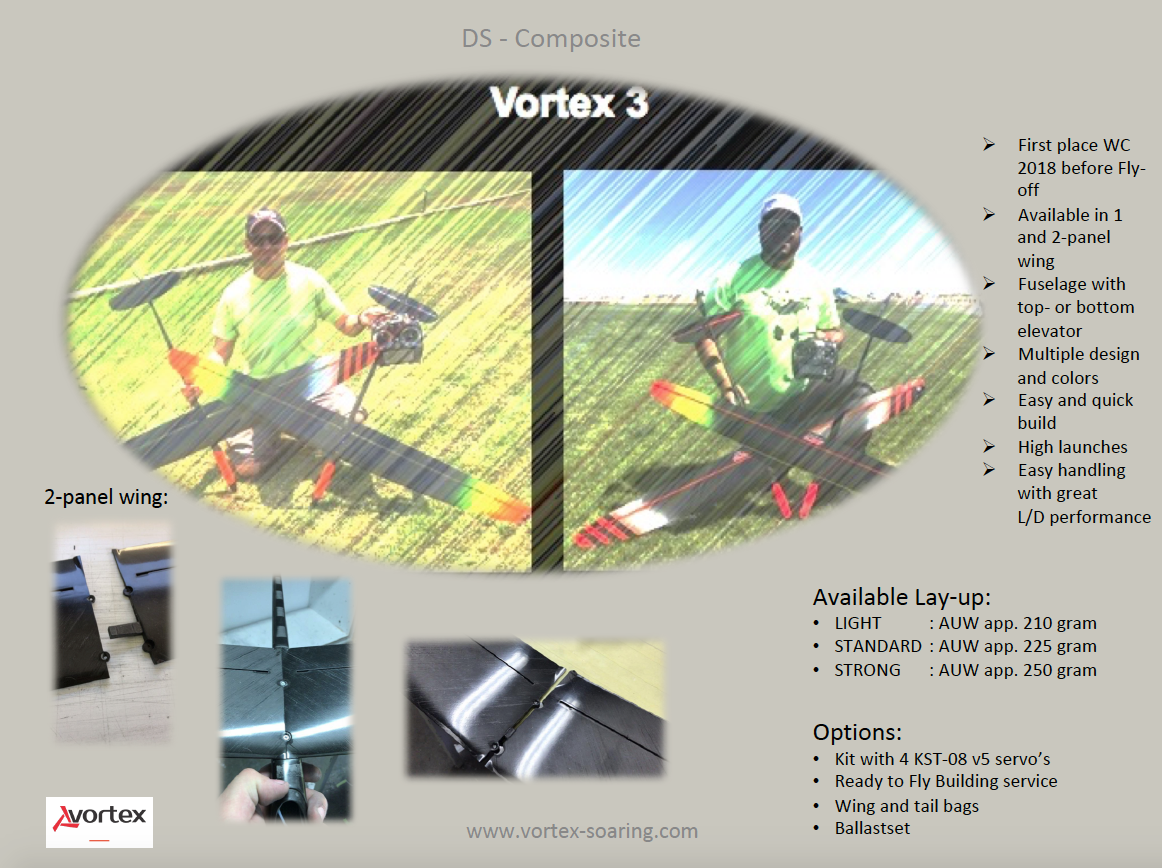 Introduction of the Vortex 3

The Vortex 3 is a high end DLG, based on modified Synergy 2 airfoils and a wing area of just 20 dm. The Vortex 3 has been optimized for high launch and easy handling to allow the pilot to use the softest lift with maximal efficiency and the greatest of ease. The Vortex 3 has incredibly flat glide and low sink rate and reacts very well to both camber and ballast.

The Vortex 3 is one of the easiest models to build with a 4 in a pod design which allows easy assembly and disassembly of servos in case of maintenance requirements. The Vortex 3 comes with a high level of pre-fabrication to reduce the build time to just a short few hours. The nose of the vortex is designed to take a wide variety of servos, batteries and receivers in a “side by side” configuration for the receiver and battery and a 2×2 configuration for the servos. The Vortex 3 supports many servo types such as KST05, MKS75 and 65, Blue Bird, D47 and more. The vortex 3 is available with either top or bottom elevator.

The Vortex 3 is super easy to assemble at the field with its auto-mating aileron linkage system, just mount the wing on the fuselage and fly, no hassle with linking the pushrods or connectors.

The Vortex 3 is available in a one or two-piece wing configurations. The two-piece wings requires NO TAPE for assembly at the field and fits right and left hand throwers alike.

In the first few months after its debut, Vortex 3 pilots had managed quite a few impressive achievements such as 2 pilots in the top 10 of the Eurotour league, several Eurotour wins and a first place at the world Championship at the end of the preliminary rounds (7th place overall after the flyoff).

Click, mount and fly your Vortex 3 in just a couple of minutes